This weekend (February 22nd+23rd) me and Katrina are at the Robert Gordon University Computing Society’s RGUHack2020. It’s a 24-hour hackathon, so from 1pm on the Saturday until 1pm on the Sunday, we are coding.

Katrina was interested in attempting a challenge set by Codify – one of the event sponsors, to create a text-based adventure game. It wasn’t quite what I had in mind, I had wanted to create an app for business of the Scottish Parliament, similar to the CommonsVotes and HousePapers apps that exist for Westminster.

In the end, Kat prevailed, we went with the text-based adventure game, we jotted a few ideas down.

We opted to go for a game about going to the airport, both of us fly fairly frequently between Aberdeen and Grand Rapids, and although we always get to the airport with plenty of time, the anxiety of “What if” is always there. We wanted to capture the stress of missing your alarm have having to Dash to catch your flight, tackling all the obstacles that come with it; Getting to the Airport, TSA, etc.

FlightDash is a simple text-only adventure game with the objective being time-based, not score-based. Very simply, you must make it to your flight on time. Miss it – you lose. Make it – you win.

At the beginning of the hack, my laptop wouldn’t connect to any network and wouldn’t load any applications! We were scrambling around trying to get anything to work for the first hour! Once we got that sorted, the challenge that faced us the most was writing the storyline for the game, writing code is one thing, but we needed to be able to present the environment to the player in an enticing way and not let them get bored.

For the development we focused on the types of coding that we’re used to. For me that meant working on the Website and getting the icons and marketing sorted. Katrina specialised on the game itself.

For the website I used HTML5UP’s Landed design as a base, and then progressively customised it as needed. Including getting relevant image assets, making sure the website was easily navigable and compatible with mobile devices.

Katrina used C# for the game itself. Building the game the more traditional way by starting from scratch rather than using an engine. This gives us greater control over finer-details.

Kat is incredibly proud she was able to code the game from scratch rather than use a library, and I was proud to be able to actually get something presentable!

Find out more and Try It!

If you want to know more about FlightDash, head to it’s website;

What’s next for FlightDash Game?

There are a few possible futures we are considering, including having the game itself adapt to the time of day that you are playing it, introducing graphics, and maybe even a mobile version. We’re definitely not going to leave FlightDash to an Emergency Landing! 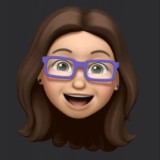 I'm just a 22 year old with a hobby of creating digital media that strikes!

Views expressed on this website are my own and not those of organisations that I am involved in.

Any cookies that may not be particularly necessary for the website to function and is used specifically to collect user personal data via analytics, ads, other embedded contents are termed as non-necessary cookies. It is mandatory to procure user consent prior to running these cookies on your website.